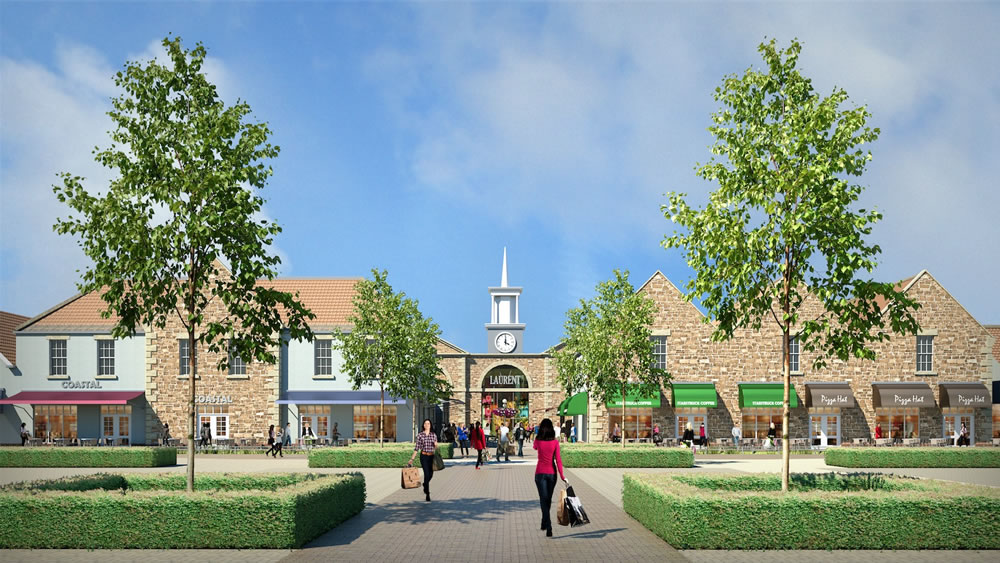 Coverdale Barclay has unveiled plans to build the leading outlet and shopping leisure destination in the North of England have been unveiled. The news was announced to broadcast, national, trade and consumer press securing an interview with BBC TV North East & Cumbria, BBC Radio Tees, an exclusive and double-page-spread in Property Week.

The first 23 brands to have signed at Scotch Corner Designer Village include BOSS, Calvin Klein, Tommy Hilfiger, Adidas, Levi’s, Mint Velvet, Joules, Gap and Skechers. £90 million has been invested into Phase One which will feature up to 92 units across 250,000 sq ft.

Situated at one of the UK’s most well-known locations on the A1(M) in North Yorkshire, it will be one of the most easily accessible retail and leisure destinations in the UK. With an expected annual footfall of over 4.3 million and some 28.9 million vehicles passing the site each year, Scotch Corner Designer Village is predicted to be a top six UK outlet centre by expected visitor spend.