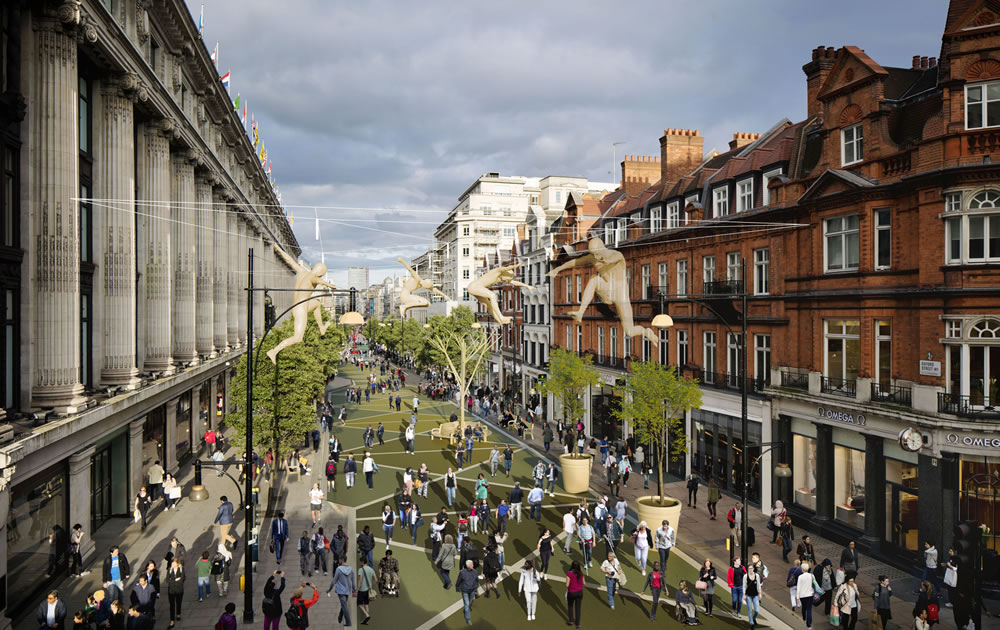 Ambitious plans for the transformation of the Oxford Street area, centred on new world-class public spaces, were unveiled on 6th November by the Mayor of London, Sadiq Khan and Deputy Leader of Westminster City Council, Cllr Robert Davis MBE DL.

The plans, which are being publicly consulted on until 17th December 2017, would turn the Oxford Street district into the world’s best outdoor shopping experience and create new traffic-free public spaces in the heart of London to rival other world cities such as Paris and New York.

The second consultation on Oxford Street invites people to have their say on plans to create a truly pedestrian-friendly environment. The proposals would see all east-west traffic restricted from entering Oxford Street between Orchard Street and Oxford Circus, whilst maintaining north-south routes through that section. The carriageway would be raised to be level with the existing pavements between Orchard Street and Oxford Circus during this first stage, making the area more accessible for everyone.

New seating would be placed along the street to give people a chance to rest and spend time enjoying the area. A new 800m-long work of public art could also be commissioned for the length of the former carriageway, acting as a centrepiece for the transformed street. Subject to public response, the delivery of this first stage scheme will aim to coincide with launch of Elizabeth line services through Central London in December 2018.

Coverdale Barclay is working with Westminster City Council and Transport for London to deliver PR and stakeholder engagement for the project.