A leap forward in the £1billion regeneration of Swansea 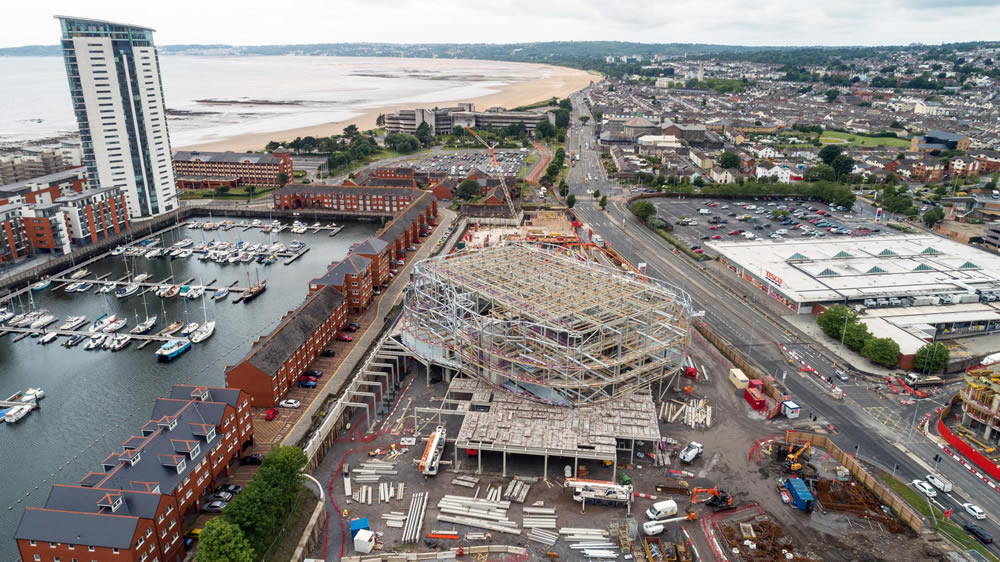 Despite the backdrop of a global pandemic, a new £135million mixed-use district in Swansea reached a major construction milestone this month, as the steel framework for a multi-functional, 3,500 capacity live-performance arena and conference centre has now completed.

Project managed by RivingtonHark on behalf of Swansea Council, the onsite team implemented new measures that ensured the safety of their workers, allowing works to continue.

Ideally located between the city centre and Swansea’s sweeping coastline, upon full completion the arena will be operated by The Ambassador Theatre Group, global leaders in live theatre. The venue will host up to 160 performances a year across comedy, theatre, live music and gaming, and is forecast to attract over 230,000 visitors per year to the city, providing a catalyst to Swansea’s major transformation into an appealing leisure destination for both local residents and visitors.