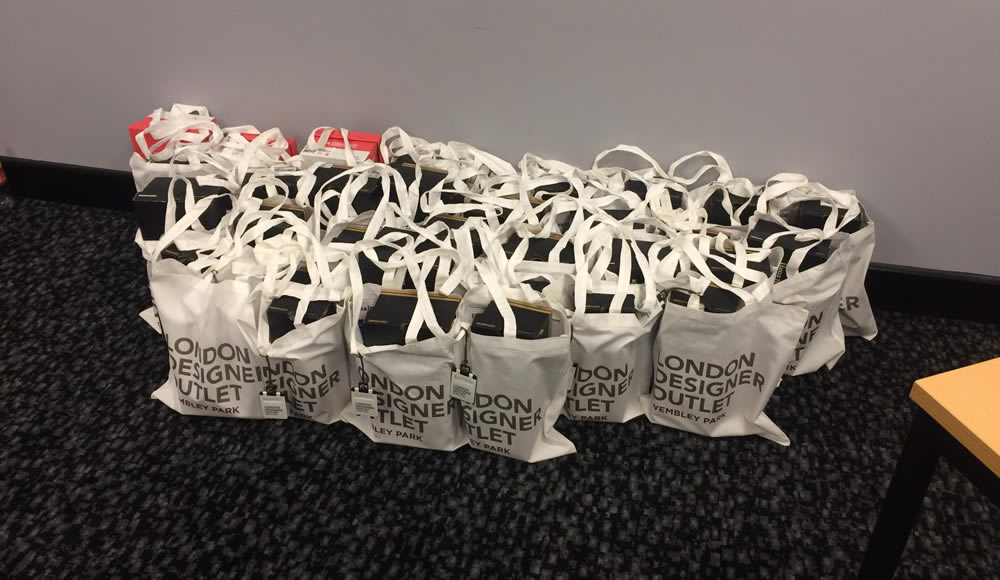 Coverdale Barclay worked with Realm to deliver a successful agents’ breakfast on behalf of Quintain at London Designer Outlet (LDO). The event was attended by over 30 leasing agents who were given the chance to tour the scheme following the recent announcements of a host of new lettings, including Converse opening its first stand-alone store, and the centre’s 15th consecutive quarter of sales growth.

Delegates heard from the Realm home team including Susanne Morris, Christine Grace and Sue Shepherd, Dan Parr, Client Partner at CACI and Stephanie McMahon, Head of Research at Strutt & Parker. Hosted in the scheme’s Cineworld, delegates ate popcorn while watching the presentations on the big screen.

With views overlooking Wembley Stadium and the wider Wembely Park, currently undergoing a broad regeneration programme, delegates were able to get a sense of the scale of the scheme and the benefits its location has to offer. The presentation was followed by a tour of the 265,000 sq ft retail, restaurant and leisure space which attracted 7 million visitors in the last 12 months.

LDO is home to 70 brands including Europe’s top Guess outlet store and one of Nike’s top 3 outlet stores in Europe and the best in the UK. In 2015 and 2016, LDO was ranked in the top 10 best performing outlet centres in Europe.