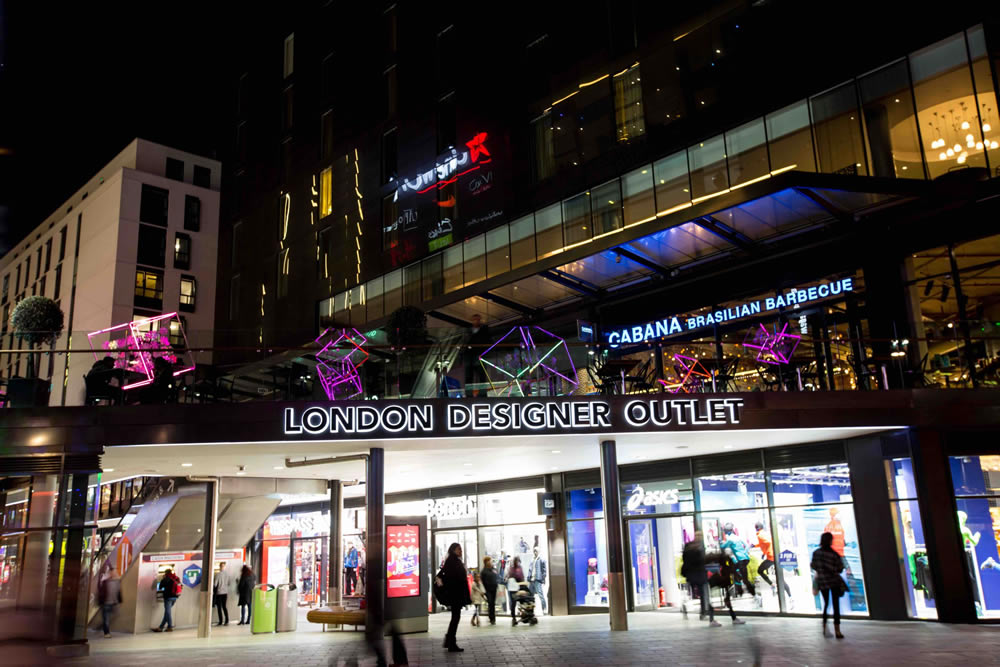 More specifically, total footfall YoY increased by +17.3% on Black Friday and by +15.7% on Cyber Monday. Dwell time across the weekend also increased, resulting in a staggering +55% increase in F&B revenue YOY.

LDO offers aspirational and desirable brands at up to 70% off RRP throughout the year. Over the Black Friday weekend, this increased to more than  80% off, with a wide range of extra offers, promotions and attractions from individual retailers.  These included up to 84% off RRP at H&M and additional discounts of 20% off outlet prices at a number of stores including Superdry, TM Lewin, New Balance, Kurt Geiger, Fiorelli, Bjorn Borg and GAP, with some extending the offer to 50% off the entire store.

Sue Shepherd, Centre Manager at LDO, said: “Once again we’re delighted by the results of the Black Friday weekend. It shows the loyalty of our guests and the appeal of our offer. Our figures are particularly pleasing when compared with data from Springboard that reported footfall in shopping centres rose by 1.4%. The mix of fashion and lifestyle brands at LDO attracts savvy shoppers looking for the best deals on offer”.

This line-up has just been joined by Dr. Martens, the British footwear and clothing brand, which has taken 2,500 sq ft. Sue Shepherd commented: “Dr. Martens has a very distinctive street fashion style which will fit well with our other urban and sports brands. We’re projecting annual footfall of 7.0 million this year, of which 51% are ABC1 and 84% are under 50 years old. This young demographic, including a large local student population, means we expect Dr. Martens to do well here.”

In keeping with Wembley’s world renowned reputation for sports and leisure, LDO is also host to Adidas, The North Face, Asics, Skechers and Nike. Twice as many people visit LDO each year than go to Wembley Stadium connected by EE and The SSE Arena, Wembley, combined.

London Designer Outlet has consistently been ranked in the top ten best performing outlets in Europe and was ranked the 2nd best in the UK in 2015 and 2016. Its 265,000 sq ft of retail and leisure space includes 70 outlet stores, restaurants and bars, a nine-screen Cineworld and a large children’s play park. LDO has a proven track record and has consistently out-performed industry average footfall and trading figures since it opened in 2013. In the two calendar years since opening, LDO has increased footfall by almost one million extra guests each year.