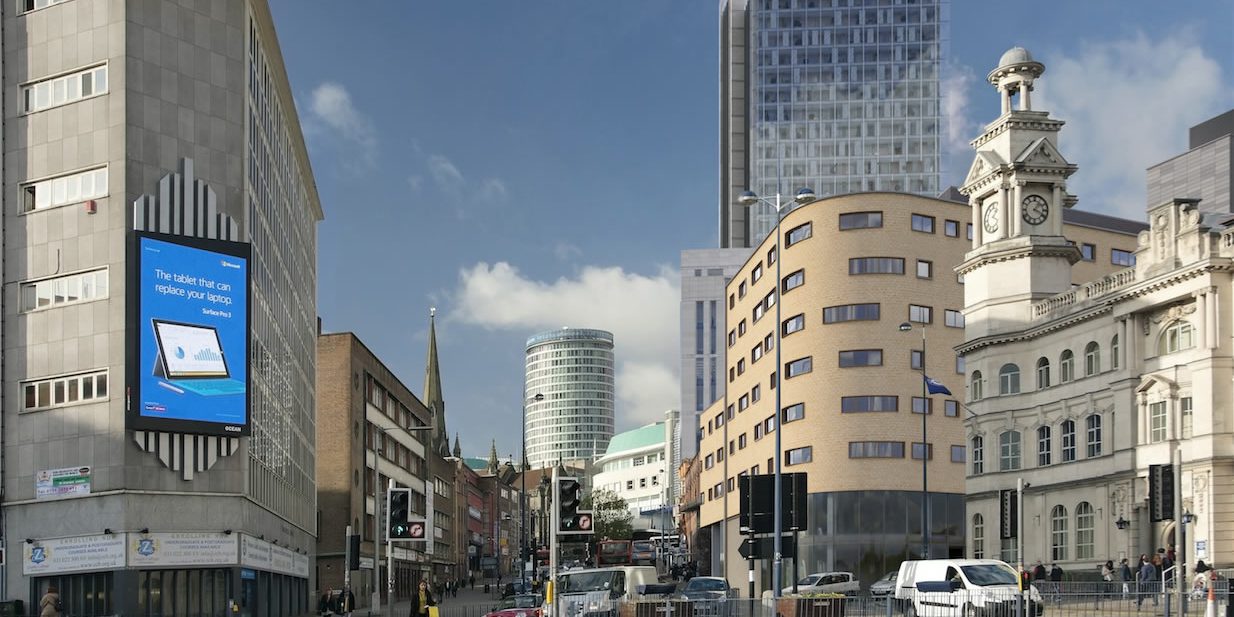 Coverdale Barclay has been appointed to handle the communications of a major urban regeneration scheme, known as Beorma Quarter, in Birmingham city centre.

Developed by Salhia Real Estate Company KSC, which is headquartered in Kuwait City, the overall mixed-use development will provide offices, residential, retail, restaurants, hotel plus a new landscaped piazza. With an estimated overall development cost of £158m, the scheme will include the city’s tallest office building (seen standing proud to the right of the picture).

Phase I is mostly completed, with much of the office space let to The Prince’s Trust. The newly-unveiled Phases II and III will feature three new blocks including a 30-storey tower.

Beorma Quarter takes its name from the first settlement of Birmingham during the Anglo-Saxon period.