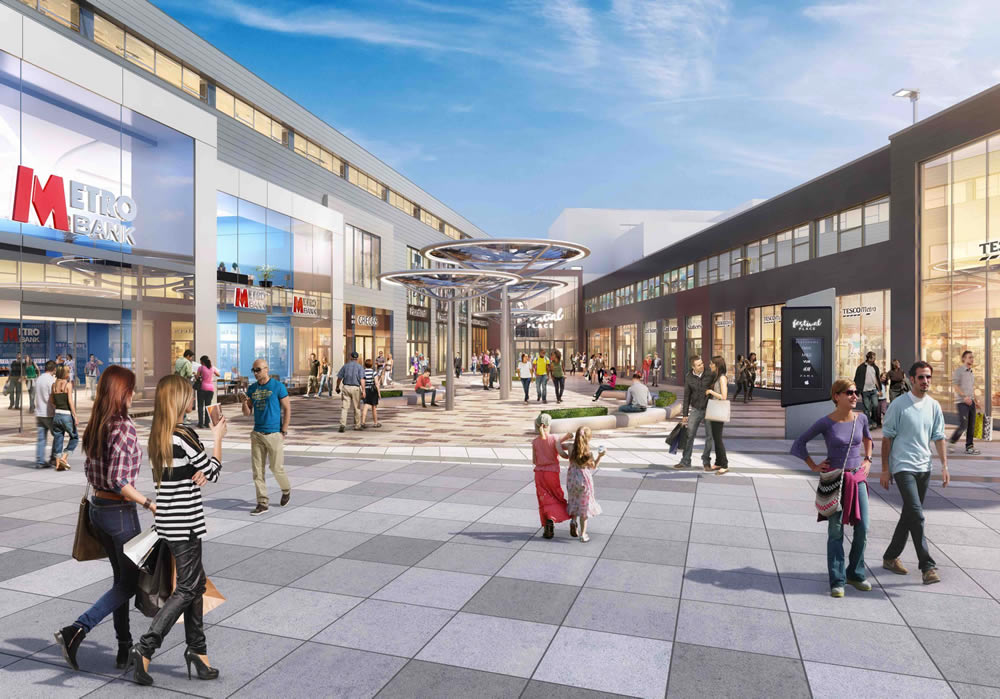 CB client Festival Place Basingstoke has boosted its retail offer with the signing of sporty footwear brand Skechers, which will be taking a 2,800 sq ft unit in the one million sq ft shopping and leisure destination. The new signing of Skechers forms part of AEW’s extensive asset management and refurbishment plans for the centre, to improve the retailer line-up and overall performance, just over a year after its change of ownership.

Additionally, Next has opened a new anchor store in the centre, doubling the size of its previous space with a 48,000 sq ft flagship. The new store joins other anchor stores Debenhams and Marks & Spencer, and showcases its fashion, childrenswear and home ranges, as well as its Lipsy sub-brand.

As well as improvements to the retailer line-up, AEW plans to significantly improve the casual dining offer, with the introduction of additional F&B occupiers to Queen Anne’s Walk, currently the premium pitch in the centre. The enhanced F&B will complement the 10-screen Vue Cinema, which has announced plans to introduce its luxurious Vue Recliner seating, replacing the standard seating in spring 2017. Demonstrating further confidence in the refurbishment plans, several of the existing F&B operators have also increased the size of their units and rebranded, making the existing dining offer better than ever.

Russell Jewell, Head of Private Equity Funds at AEW, said: “We’re fulfilling our promise to our customers to improve Festival Place, and, after just over a year since acquisition, substantial changes can be seen throughout. Next’s new anchor store looks great, and will act as a catalyst for investment in the centre, attracting further retail and F&B occupiers. We’re delighted to be adding Skechers to the mix of brands, and have several further exciting announcements in the pipeline.”

The refurbishment works at Festival Place also extend to the car parks, which are to undergo a significant renovation, improving traffic efficiency and access to the centre. Work is scheduled to begin in March 2017.

Festival Place has an annual footfall of 20 million and is home to 200 shops and restaurants, including SuperDry, Zara, Apple, River Island, New Look and H&M, a 10-screen Vue Cinema, and a strong mix of restaurants, including Las Iguanas, PizzaExpress, Gourmet Burger Kitchen, Nando’s, Giraffe, Pizza Hut and wagamama.

Festival Place is North Hampshire’s prime retail and F&B destination, and was ranked in the top 20 list of best shopping centres in the UK by leading retail destination experts, Trevor Wood Associates.