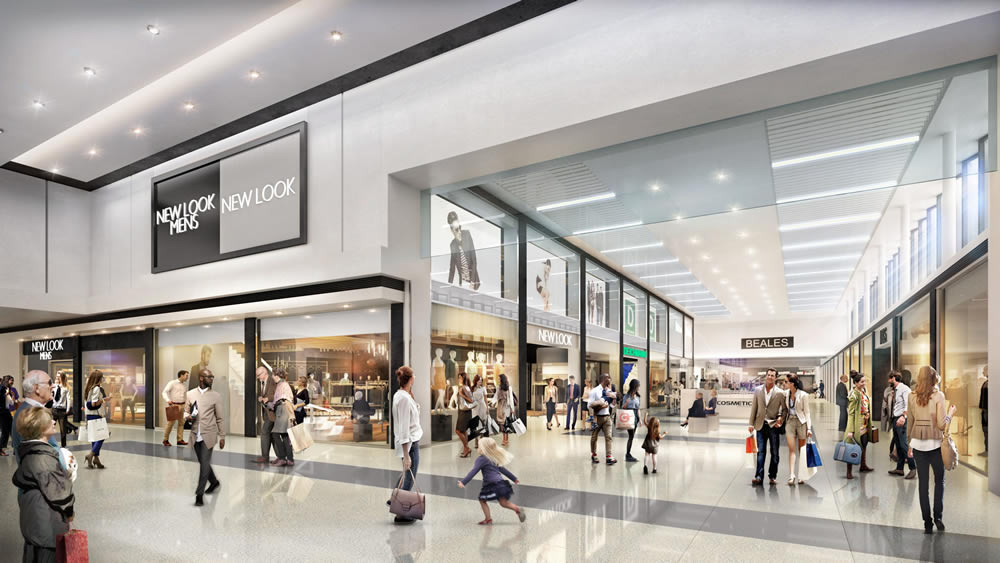 Coverdale Barclay has been appointed to manage communications and stakeholder engagement for The Dolphin Centre’s 18-month improvement programme.

Legal & General has reached agreement with Poole Borough Council to restructure the headlease of the shopping centre and plans have been unveiled for a £26 million facelift including new dining and retail choices. New Look is extending and upgrading its store and independent German shoe retailer, Deichmann, is a new name to the centre.

Significant improvements are to be made by LGIM Real Assets (Legal & General), owners of the centre since 2013, to the internal malls and entrances, enhancement to the public realm and facades of Falkland Square, and upgrading Kingland Crescent.

In addition to the improvements to The Dolphin Centre by LGIM Real Assets, the council, which owns the freehold of the land, is improving the public spaces, the centre car park and nearby areas, including roads and the neighbouring bus station.