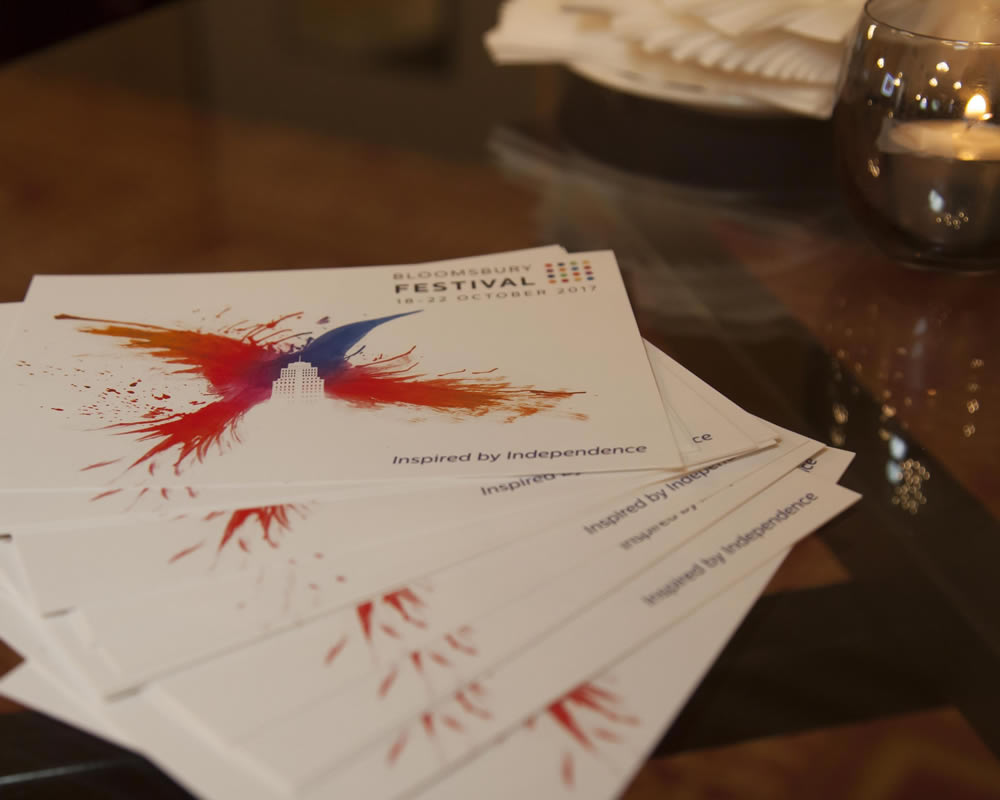 Following the overwhelming student response of more than 60 entries, the winning design, selected by a judging panel of experts, depicts a colourful bird as a backdrop to Senate House, cleverly combining the celebratory essence of the Festival with this year’s theme, independence.

For a third consecutive year, Coverdale Barclay will be working with Bloomsbury Festival to deliver a spectacular evening street party on Store Street, as part of the work Coverdale Barclay delivers for The Bedford Estates, one of the Festival’s main funders.