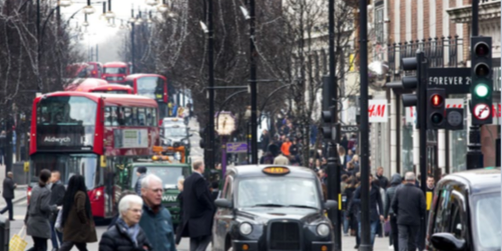 The Mayor, Sadiq Khan, Transport for London (TfL) and Westminster City Council are working closely together to transform Oxford Street and the surrounding streets.

Monday, 24th April saw the launch of a consultation on the transformation of Oxford Street. The eight-week consultation looks to gather the views of the public on the proposed improvements to the street, and will end on the 18th June 2017. Outlining the impacts and benefits of improvements that benefit people rather than traffic, the consultation looks at key issues, such as overcrowding, road safety and air quality, amongst other factors.

Coverdale Barclay has been working closely with City Hall and TfL to deliver a stakeholder engagement programme ahead of the April consultation, and will continue managing ongoing dialogue with key stakeholder groups in the lead up to the second, statutory consultation this Autumn.

Oxford Street is one of the best known shopping destinations in the world. Around half a million people visit or work in the street and surrounding area every day and thousands of people and families live close by. The street is already very busy and growth in London’s population and economy will bring even more people to the area. In late 2018 the Elizabeth line will open on Bond Street and Tottenham Court Road, and will bring more people to the street.

Together, City Hall and TfL plan to improve the look and feel of the area and create a more pedestrian-friendly environment. This would require a significant increase in the amount of space provided for pedestrians and a radical reduction in the amount of traffic using Oxford Street, addressing poor air quality, delivering improved neighbourhoods for residents, and supporting the West End’s economy.