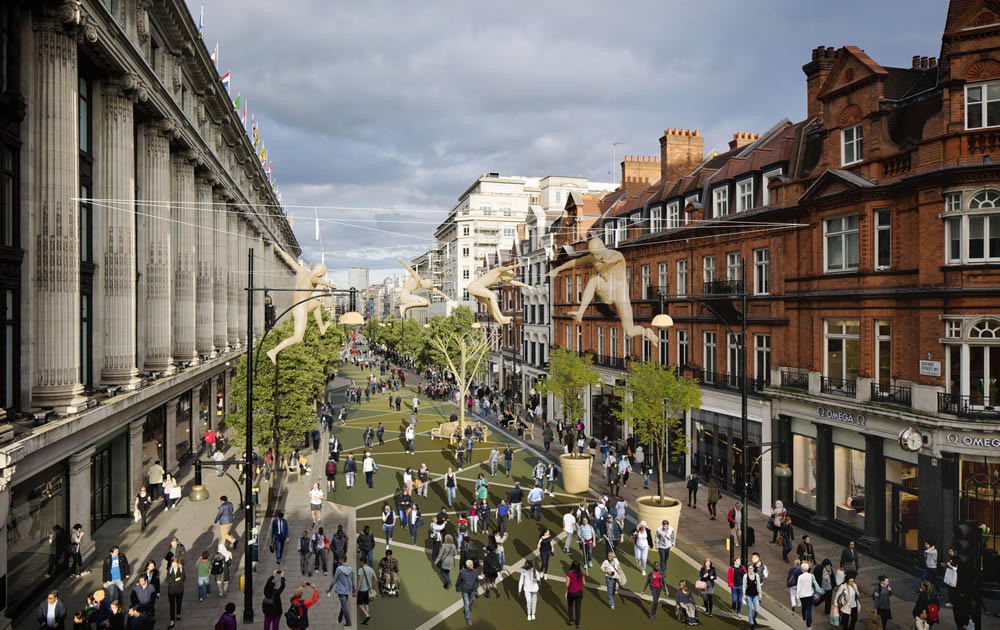 Plans to transform Oxford Street and the surrounding area into an unrivalled place to live, work and visit have received widespread support, Westminster City Council and TfL confirmed today.

The consultation received a huge response from over 22,000 people and organisations.  Of the nearly 15,000 people who completed an online questionnaire, 64 per cent supported all or some of the plans to transform the area. 33 per cent did not support the plans. There were 7,062 written responses as part of a Living Streets campaign supporting the scheme and 632 written responses as part of a local campaign against the proposals.

The plans, subject of a recent consultation by Westminster City Council and Transport for London, proposed a new traffic-free area between Orchard Street and Oxford Circus delivered by December 2018 to coincide with the launch of Elizabeth line services. The aspiration behind the proposed improvements was to see the creation of safe, accessible and inspiring public spaces for people of all ages to enjoy. These would rival those in other world cities such as Paris and New York, and include improved pedestrian crossings, wider pavements and provide additional taxi ranks on surrounding roads.

Due to the massive response to the consultation and the many issues raised by respondents, further time is required to take on board all of the comments made.  All issues raised during the consultation are being carefully considered so they will  inform the decision on whether, or how, to proceed with the transformation of Oxford Street West. The decision will be confirmed later in the year.