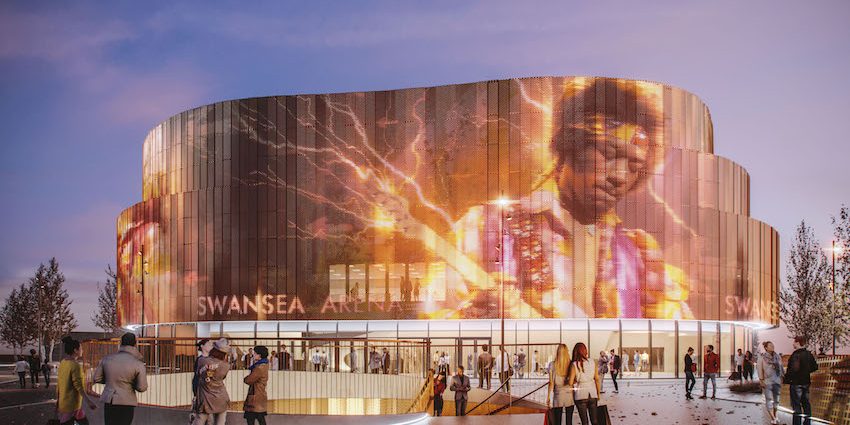 It’s a big day for the ambitious £1bn regeneration of Swansea, as the £135 million ‘Swansea Central’ phase 1 starts on site today. Delivered by Swansea City Council, and developed by RivingtonHark, ‘Swansea Central’ will be a new cultural district for the city, encompassing a 3,500-capacity live performance arena and conference centre, a 150-room hotel, a coastal park, striking pedestrian bridge, new homes, offices and food and beverage space.

The arena will be operated by ATG, the global leader in live theatre, and jointly funded by Swansea City Council and the Swansea Bay City Deal, a £1.3 billion investment fund set-up for major transformation projects in this region of South Wales.

Coverdale Barclay is delivering the national PR, and working alongside local PR agency MGB PR on the local and regional communications. BBC, ITV and South Wales Evening Post, amongst others, joined the start on site launch to mark this major project milestone.