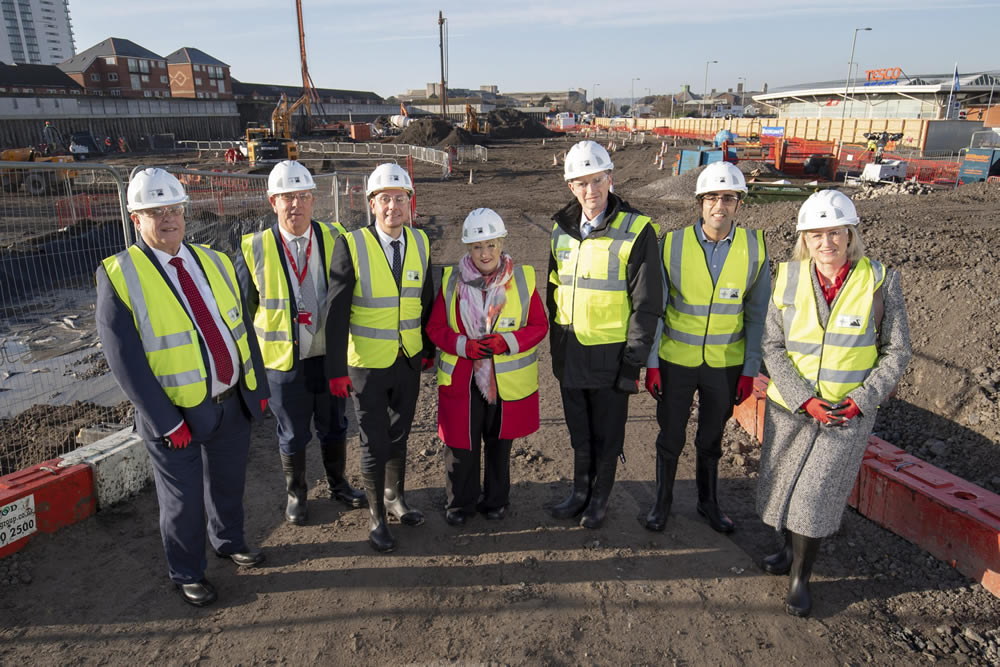 Thursday 6th February marked another major milestone in the £1billion regeneration of Swansea, as one of its flagship developments, ‘Swansea Central’, took two steps forward on the £135million Phase One scheme.

Delivered by Swansea City Council and developed by RivingtonHark, ‘Swansea Central’ includes a 3,500 capacity arena and conference centre, a 150-room hotel, a new statement bridge that connects the city to the spectacular beach, a 1.1 acre coastal park, new homes, office and retail space, and leisure facilities.

The Council welcomed over 30 UK and Welsh Government Ministers, Assembly Members, Councillors, Officers, project partners and media to reveal its preferred bidder for the hotel element of the scheme, international premium hotel operator Cairn Group, and the striking design of the new bridge.

Coverdale Barclay delivered the event alongside Swansea City Council, and is delivering the national PR for the project.