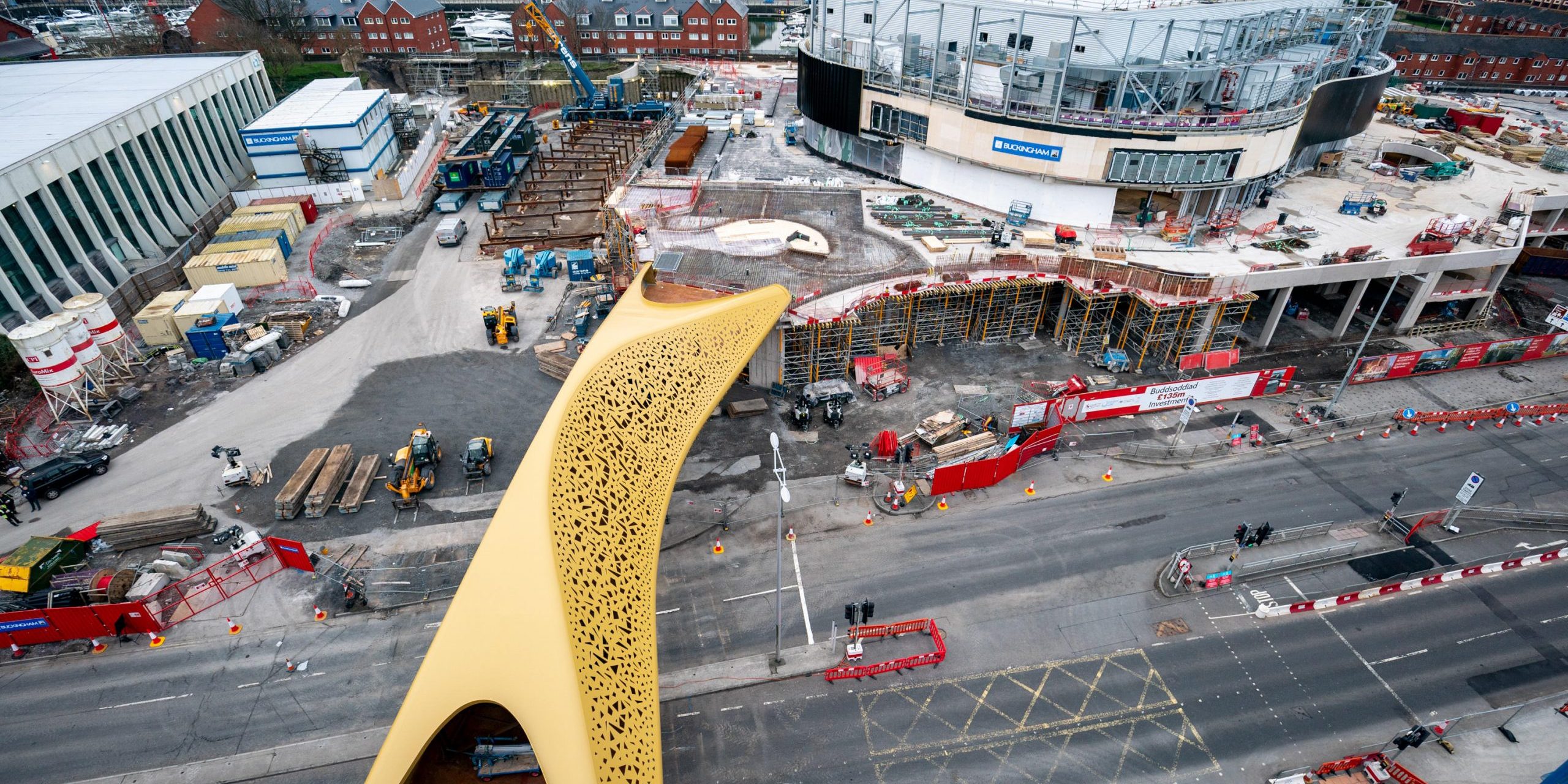 2021 is set to be a monumental year for Swansea, with the opening of the transformational Copr Bay scheme – a major catalyst for change in the £1billion city-centre regeneration.

This weekend saw a new landmark bridge installed that will reconnect the city centre to one of its greatest assets, its internationally acclaimed. Over 400 people tuned in to watch the live stream of the installation, via Copr Bay’s new website which launched this month. The new bridge serves as a visual representation of the work Swansea Council is carrying out to create an urban destination that brings together the best of city living and access to nature.

ITV News described the milestone perfectly: “Swansea, once described as a city of artists’ impressions. But not anymore. A new bridge and a new arena connecting the city to the sea. A new vision for a post-pandemic future.”

Public sector-led, and centered on new leisure uses, green space, an enhanced public realm for experiences and enlivenment and right-sizing the workspace and housing provision in the city centre, the regeneration plans for Swansea, which pre-dates Covid, is a model for how cities can build back better post-pandemic.

Copr Bay is developed by Swansea Council, and development managed by RivingtonHark.