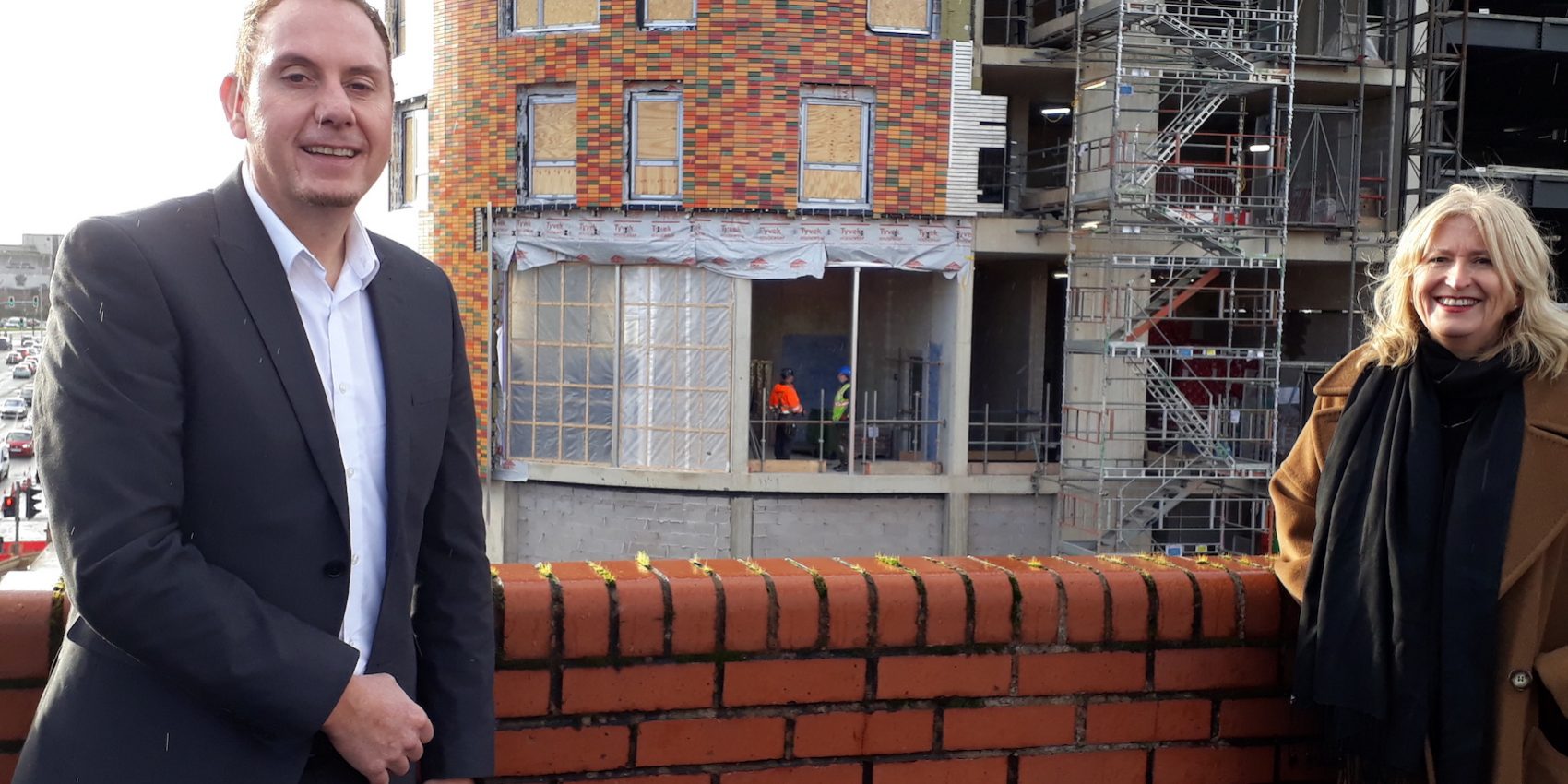 A new name and brand has been launched for the development previously known as ‘Swansea Central’. This new £135 million cultural district, which is a major catalyst for change in Swansea’s £1billion transformation, will now formally be recognised as ‘Copr Bay’.

The Copr Bay name was chosen by local representatives to herald the city’s iconic industrial heritage, its world-renowned coastline and its bright future.

Further celebrating the local culture, the Welsh spelling for Copper – Copr – was chosen for the district’s identity.  The branding was created by a local design agency, capturing the scheme’s unique design features, as well as its coveted location near the Bay.

November also saw the launch of an innovative new installation, created in partnership with Swansea University. ‘The Lookout’ showcases the future of the city through interactive displays that can be experienced in situ.

The 3,500 capacity arena and conference centre at the heart of the Copr Bay scheme celebrated its topping out in November.  The live performance venue will sit within a new 1.1-acre coastal park, and be operated by Ambassador Theatre Group, the world’s number one live theatre company.

Addressing the region’s need to provide quality affordable housing, the homes will be a combination of 13 one-bed apartments, and 20 two-bedroom apartments, each located in close proximity to the landscaped coastal park.