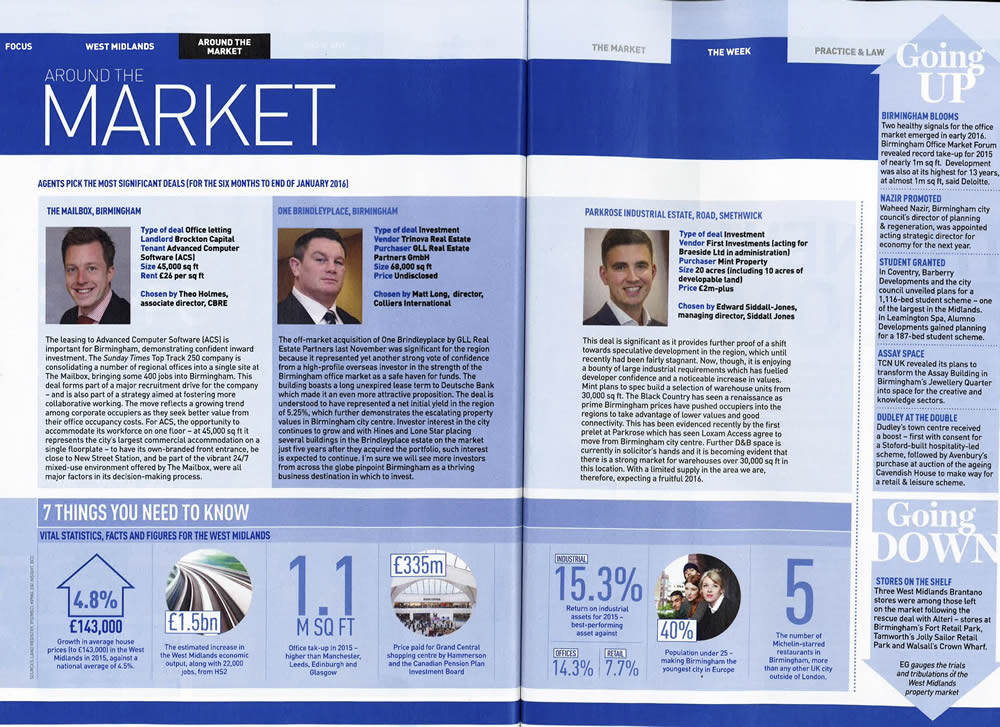 Assay Studios, TCN’s first Birmingham based project, has been featured in the ‘Going Up’ section of Estates Gazette’s Birmingham Focus. Birmingham has seen a recent surge of focus in the press, following completion of high profile regeneration projects, including the completion of Grand Central Birmingham, and the launch of the city’s first John Lewis store.
Assay Studios, located in Birmingham’s historic Jewellery Quarter, will be refurbished to create 33,000 sq ft of creative office space. The refurbishment will be sensitive to the building’s Grade 2 listed heritage, with minimum intervention to create maximum impact.
Category: NewsBy Coverdale Barclay4 March 2016