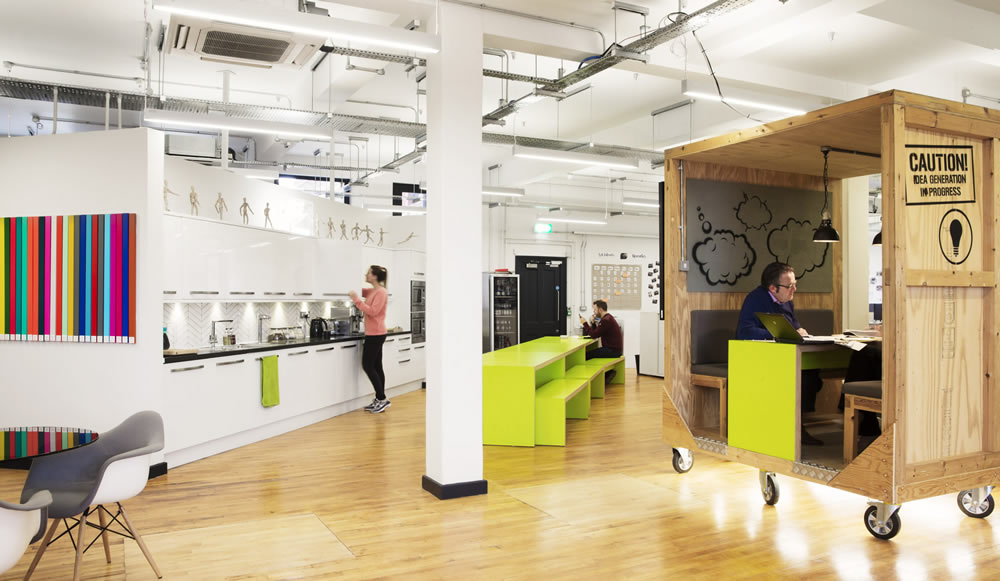 Nationwide creative workspace developer and operator, TCN, has unveiled its first building in Birmingham. Its Grade II listed Assay Studios, formerly the Assay Building, is to become home to a host of high profile, innovative companies, including the John Lewis Partnership, which has chosen the new creative workspace as the home for its new innovation hub.

TCN purchased the building in 2014 to regenerate it into 30,000 sq ft of creative office space, for Birmingham’s burgeoning creative and tech industries. The architects for the project, Glenn Howells Architects, have ensured that the refurbishment has been sensitive to the local heritage, with minimum intervention to achieve maximum impact, combining the traditional elements of the building with contemporary features to create a vibrant and modern office space.

Richard Pearce, CEO of TCN, said: “The growth potential for businesses in Birmingham is considerable. With the recent announcement by the Government of the Midlands Engine for Growth, the regional economy could grow by £34 billion by 2030. This will put significant pressure on office space, most especially for small and start-up businesses.”

The launch of the building comes as TCN celebrates its tenth anniversary as a developer and operator of creative workspaces. Over the past 10 years, TCN has developed a strong track record of identifying opportunities for regeneration in fringe areas of London and key regional cities, often becoming the catalyst for the wider regeneration of areas, including residential, retail, and leisure.

Since the founding of the company in 2006 TCN has regenerated over 600,000 sq ft of space, including long term asset management of properties, attracting 250 companies to its portfolio. TCN

create innovative clusters for SMEs in the creative and tech industries, promoting opportunities for networking and building vibrant communities.

Richard Pearce commented: “TCN has grown steadily as the disruption to the traditional office market, and growth of the SME sector, has increased the relevance of creative workspace to satisfy demand. We’ve always worked to maintain the character of the buildings we regenerate and Assay Studios is a great example of this. It’s very pleasing to see the high-calibre of companies choosing Assay Studios as their new homes.”

John Lewis Partnership has taken 800 sq ft for its first tech and media hub. Jujhar Singh, Lead Engineer of John Lewis Tech Hub, said: “We’re delighted to have joined TCN’s Assay Studios building. They have created an energising, imaginative and inspiring place marrying the heritage features of a 19th century building with modern finishes and facilities. It’s a place that we’re very much looking forward to working in, and being a part of a creative hub.”